And some of them are laughing as they do it.

Baldwin on Thursday discharged the prop gun that killed Hutchins on the set of the Western “Rust” in New Mexico. He was unaware there was a live round in the gun, according to a search warrant filed in a Santa Fe court, The Associated Press reported.

Director Joel Souza was also injured. He was treated at a local hospital and released. No charges were filed by late Friday. An investigation is continuing.

Just hours after the tragedy, Republican Senate candidate J.D. Vance quipped on Twitter to CEO Jack Dorsey: “Let Trump back on. We need Alec Baldwin tweets.” Trump was banned by Twitter after the violence of the Jan. 6 insurrection.

Vance’s rival in the Ohio Senate race, Tim Ryan, snapped back on Twitter: “Someone died, you asshole.”

Someone died, you asshole. https://t.co/qK7P9CFNSm

Overheard: If you want to really understand that there is no soul to the GOP, on Twitter its ghouls from JD Vance to Lauren Boebert are gleefully mocking Alec Baldwin for the tragedy that occurred on set.

But it says right there on his bio that he's a "Christian". I mean what would Jesus do? 🙈

Um...you're coming across as a piece of shit. Is that what you were going for?

Someone died and you think it's funny. Just pathetic.

In one of the more appalling messages (though competition was fierce), Rep. Lauren Boebert (R-Colo.) referred to Baldwin’s tweet last year in support of Black Lives Matter protesters saying he was going to make bright-yellow T-shirts that read, “My hands are up. Please don’t shoot me!”

Boebert posted a screenshot of Baldwin’s tweet, adding: “Alec Baldwin, are these still available? Asking for a movie producer.”

.@AlecBaldwin are these still available?

Asking for a movie producer… pic.twitter.com/AeE5VHLhqN

♥️ This is Halyna Hutchins ♥️

She is a woman, daughter, wife, mother, friend, and cinematographer that is deeply missed by loved ones 💔💔
She recently tweeted how excited she was to work on the set of “Rust” with Alec.
Weaponizing her death is the epitome of cruel intentions 💀 pic.twitter.com/taYfOOkaj0

This was a tragic and horrible accident ms boebart and you should be ashamed of yourself politicizing it.

Rather than calling out an accidental shooting, how about doing something about the daily mass killings due to guns in this country?

This is beyond distasteful.

Right-wing author and commentator Candace Owens gloated that nothing Baldwin has said about Trump “is going to age well.”

Literally not one single thing that Alec Baldwin has said about Donald Trump and his supporters is going to age well.

I’ve been watching people trying to score cheap political points all day by dunking on Alec Baldwin. Get a grip and understand that someone died. Show some empathy/sympathy and grow up. 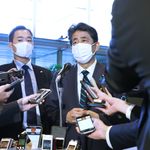 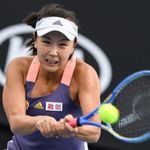 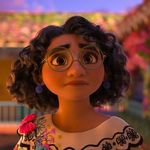 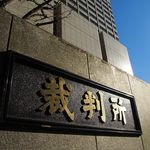 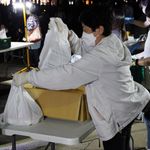 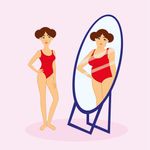