What prompts someone to move halfway across the world, to work in a hospital near Fukushima Daiichi Nuclear Power Plant? I can tell you.

It was first, because I didn't know enough, and secondly, because I wanted to know more.

On March 11, 2011, Japan was struck by an earthquake and tsunami, which triggered a nuclear accident. Four years later and 9,000 kilometers away, it was February 2015, I was a master's student at the University of Edinburgh, and a guest lecture was about to begin by Japanese researchers on their work in Fukushima.

I knew there had been a nuclear accident in Fukushima. I assumed this had led to dangerous radiation levels and increases in cancers. I had never entertained the thought of visiting.

What happens next could be described as a clash between what I thought I knew and reality.

The researchers gave a series of presentations. They showed us what they had found in Fukushima; there were overwhelmingly low levels of internal and external radiation in residents,1,2 and a mass screening of babies and children revealed that none had detectable levels of internal radiation contamination.3 Yet, other health problems were emerging; in contrast to low levels of radiation, an increased burden of diseases unrelated to radiation, such as diabetes, cardiovascular disease, hypertension and more, was being found.4,5 Particular health risks associated with evacuation were highlighted,5 including evidence that immediate evacuation of the elderly from nursing homes was associated with three times higher mortality risk that non-evacuation.6 It was presented to us that radiation may not be the biggest problem for Fukushima.

I was surprised. This appeared to be, in fact, the exact opposite of what one may think about Fukushima. This surely was not the Fukushima I had heard of or visualized, and my curiosity was piqued. I talked to the researchers and proposed an idea for further research. They, in turn, invited me to come to Fukushima to write my Master's dissertation. I agreed.

In May 2015, I first arrived in Fukushima, and began research at Minamisoma Municipal General Hospital. I wrote my master's dissertation, graduated, and then was offered a full-time job at the hospital, which is where I am today.

There are a lot of things I could write about, that I have learned from Fukushima. Yet one of the most unexpected parts of this experience has been the confrontation between what I thought I knew, and the reality which I found. There were few things in front of me in Fukushima that matched my original expectations, and I was struck by the feeling that I had been unaware of so much. Yet I also realized that the inaccurate ideas I previously held were surprisingly common. This has led me to think more than ever about what it means to 'know' something, in terms of both myself and others.

Because really, how do we know things? There's not one answer.

But what happens when our knowledge does not reflect the reality of a situation? This brings me to the second biggest thing I have learned since coming to Fukushima: the damage of misinformation. Or in other words, how the ideas that I previously held and continue to see in others can be dangerous.

I never saw the actual results of misinformation until I moved to Fukushima. Now, I see them everywhere.

There is not one all-encompassing example, but we can start by talking about rumors and stigma. A particular problem here has been misinformation about radiation levels and the health implications of such levels; I have heard from many residents about the ways their lives have been affected because of the incorrect information held by others. When trying to evacuate, some were turned away from the homes of their families because radiation was misunderstood as contagious. I am told about the parents of young men, opposing their choice to marry a woman from Fukushima because it is assumed that she will not be able to bear healthy children. Some children themselves believe they will never be able to have healthy offspring in the future, because of what they have heard. There are unending examples. This is not a beautiful subject to talk about, in fact, this is a terrible subject to talk about. And it is made worse when considering that these beliefs directly contradict what is being found scientifically. Recently, the United Nations Scientific Committee on the Effects of Atomic Radiation (UNSCEAR) formally predicted that there will be no effects of radiation exposure on the health of the general public in Fukushima.7 It was additionally highlighted that there are no expected hereditary or genetic effects that will be seen in new generations.7 The misinformation that has led to stigma and subsequent disruption of lives here therefore appears to be at conflict with the reality of the situation; an example of the tragic impacts mistaken knowledge can have on the lives of disaster-affected populations.

Lots of people say they want to help those in Fukushima. Many specifically mention the children of Fukushima. For this purpose, one of the most common programs I have seen are summer camps specifically for children from Fukushima. Yet, a trend is that these camps often take place outside of Fukushima prefecture. Some programs do not explicitly explain the reason for this, while others market it as an opportunity for respite from the radiation, a chance to run around and play outdoors in nature. And I wonder, are these organizers, these people who say they want to help the children in Fukushima, are they aware of the actual radiation levels here? Are they aware of the beautiful nature in this prefecture, and that it is safe for children to play outside in most places? Of course summer programs for children are great, and I would want any child to have the experience of a fun summer. But I wonder, do these programs come with the cost of marking these children as victims of their prefecture? I wonder, are the foundations of these camps based on scientific information, or opinion? I wonder, would these camps be more beneficial and allow for more participants if they were held inside Fukushima prefecture? If we really want to make a difference and help people, we should base our actions on reality to be most effective, shouldn't we? But the camps are just the tip of the iceberg. Some people suggest that all the children should be taken out of Fukushima.

Has anyone thought of the negative effects this may have on the lives and livelihoods of these individuals?

I actually had not, until I came here.

A nuclear disaster is a terrible event. It's understandable that people may react emotionally to an unexpected situation that carries risks. Perhaps it's easy to assume the worst, and to spread rumors. Yet, it is of paramount importance to be aware that misinformation carries consequences. Unfounded ideas have led to suffering, and misinformation is one of the biggest things to overcome for the future of Fukushima. I urge everyone to look deeper at the foundations of their knowledge, and to be aware of the reasons something may be viewed in a particular way. Ask yourself what you think about Fukushima, for example, and then why. The second step is to be grounded in information. Read things you agree with, and just as importantly, read things you disagree with. Read and consider everything; I have come to think that this is the only way to get as close to reality as possible without being present at the scene of an event.

Simultaneous realization of the limits of my own knowledge and the impacts that misinformation can have on the lives of people has been one of the most striking aspects of encountering Fukushima. I write this article in hopes that it may prompt others to assess the way they "know," Fukushima and beyond. If we want to pragmatically help people or improve a situation, we must understand the reality of that situation first.

I moved to Fukushima because I realize that I didn't know enough, and I wanted to know more.

7. United Nations Scientific Committee on the Effects of Atomic Radiation (UNSCEAR). Developments since the 2013 UNSCEAR report on the levels and effects of radiation exposure due to the nuclear accident following the great East-Japan earthquake and tsunami: A 2015 white paper to guide the Scientific Committee's future programme of work. 2015. United Nations: New York 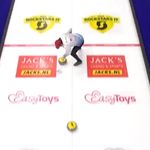 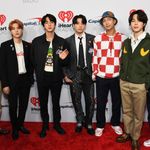 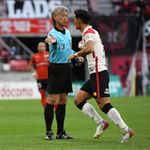 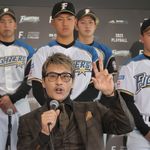 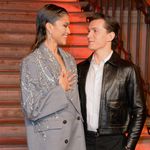 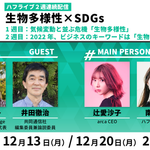